If you haven't really thought in this direction, let us break it down for you: politics is the biggest marketing gimmick.

Businesses, for once, may not rely on data for making the next move, but politics is almost immune to making blank decisions.

From election fever to understanding the voter base; and from launching a political campaign to getting on the quirks of right manifestos; Government Agencies, Political Consultants, Political Parties, Political action committees, etc. need online political surveys to cater to impressive mass hysteria.

Media outlets too enjoy their share of quick polls on hot-button issues. There are a lot more sides to political surveys, which we're covering in this blog. So let's get started.

What is a political survey?

"A political survey records the individuals' attitude, opinion, mood, favoritism, and personal information. The data is then used to launch political campaigns to have the support from the maximum scalps."

Generally, the political parties appoint online research and survey companies to set themselves in the best winning positions.

Why are political surveys done?

You set-up questionnaires to identify the people supporting your manifesto. Get feedback on your current work, know who supports your cause, and who the misinformed are.

And then fine-tune your marketing campaigns for effective pitching. Also, customize political pitching for the potential supporters who can sway to your side.

The crux is: you're finding the ideal sample population who'll make your political cause come true.

#2 Bringing the change at the atomic level

You can't solve a problem until you start at the atomic level. Identifying problems at constituencies or local levels and coming up with the ideal solutions should see you home in the election.

Hands-on data on aspects such as the concerning problems in the locale, the best officials who can solve these problems, and feedback on current infrastructure, health, economy, and school should help you with crucial data-backed decisions.

You're basically starting your campaign at an atomic level and then moving it to the more extensive level. Online political questionnaires are the way you go about it.

Political rallies are the biggest spends of elections. So it's obvious you're not spending boatloads of green bills mindlessly on events that don't make sense to you and the audience.

Political surveys can let you gauge the response and success of the entire event at any stage of it.

You start with thought-through event planning, selecting the best representative and volunteers, sending invites to the supporters, gathering data, and prep-up for the subsequent rallies based on the feedback.

You're using political survey questionnaires right from orchestrating a rally to reading on metrics and numbers to prepare for the next rally. And you're also collecting donor feedback who contribute funds to your cause.

Though you have tons of online and media-sponsored polls, you can't really trust the centralized news sources.

Want to crack down on the most accurate data for yourself? Maybe just for your awareness? Willing to discover who the guy next door supports? Where does your maths teacher lean politically?

What are their takes on serious matters such as free markets or excessive regulation, private health care or public healthcare? You can find out what everyone in your circle says.

To put it in perspective, you can launch as many polls to break down the ideologies and political compass in your social circle and indulge in meaningful conversations with people of all the values.

Unless you know the event's response, be it rallies or fundraising, you can't work on other event projects. Political surveys dissect data on high/low attendance volume and let you fix the problem for the following stages of the election.

You also get details on whether the rallies and events add value and benefits to the audience. It's like... getting the feedback on the entire event, so you prep-up more strongly the next election pitching.

You also learn more about whether touching specific topics and areas brings rave responses and then reformulates the same topics more strongly in the next presentation.

#6 Any election you can think of

You think of any election, be it college general secretary elections or school board committee, the presidential elections or board of the director's election, online political surveys streamline the election process and make it smooth, efficient, and quick.

You want to be researching political science as to what the population feels about media coverage and if they have unbiased reporting to the instances.

Figuring out the gaps and consistency in political coverage should help in making political content. Learn more about how the media affects the opinion during the election year and develop the targeted content to keep holding up your potential voter.

Know the fuss on any political issue and give your input accordingly.

#8 Reactions on speech and debates

Why should you wait for political pundits to break down the audience's reaction to speeches and debates? They surely spark a lot of controversies, and you can't wait to see who feels what!

You also want to be knowing who picks the sides in your circle. Embed online questionnaires with Facebook and other social media and know more about party affiliation. Organize talks with the ones you disagree with and reach a common negotiation point!

As polarizing as it may sound, political parties use online & offline survey tools for political surveys to understand the set of beliefs and ideologies of particular demography and cater content that fits their narrative.

Segment your audience into different groups and launch campaigns that target these groups for a long-term commitment to your organization.

What are the stages of political surveys?

There are various stages to political surveys. You're not creating questionnaires and deploying them directly.

Since it's an expensive tool to gather data and heavy results depend on it, there's no way you're ignoring these stages of political surveys.

You're collecting data to prepare a survey plan and then design the questionnaires based on these plans before reaching the pretesting phase. You also determine what type of survey form should suit your political narrative. 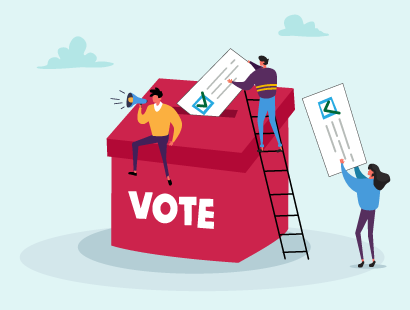 In this stage, you measure the effectiveness of your survey questionnaire. It's like... a demo test before launching the final version to the audience. Pretesting helps you measure the gaps in your survey design and increase its validity and reliability.

After you've pretested your design, you make the necessary changes and improvise the survey as per your testing results. It's the stage where you can't have wrong questions for the wrong audience. The questionnaire has to be perfect before deployment.

Finally, you deploy the survey to your sample audience and collect data for meaningful and rich-full insights. 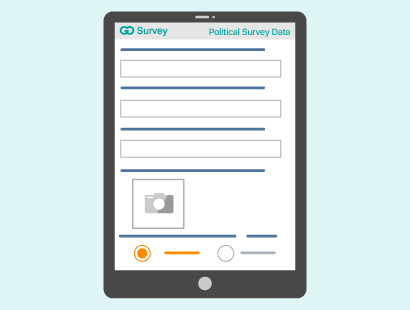 You organize your data into a structure and finally extract insightful data for the next political move in the election. You're analyzing the political data in a nutshell.

What are the methods of political surveys?

Though online surveys make the biggest king of the political surveys, you can use other survey methods to increase the overall response rate:

These surveys are, of course, the latest way of breaking down the supporters.

They are one of the most cost-effective ways to collect data, and that can be interpreted with their widespread use compared to other data collection methods. 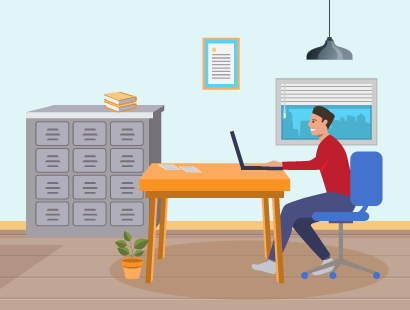 The political survey with online surveys: Political researchers prefer this survey methodology when they have multiple questions to ask from a large size of the target population. For example, as prominent as presidential elections.

Response rate: Response rate depends on the surveying campaign and calls to action you use. The rates can be as low as 2% in external surveys to 85% in well-distributed & optimized survey campaigns. But the average online survey response rate is 29%.

Most political canvassing and candidate promotion come with face-to-face surveys. These surveys have existed for ages and continue to dominate the surveys about effective response rate.

Political campaigners and surveyors also deploy psychographic methods to max out the benefits of face-to-face surveys. 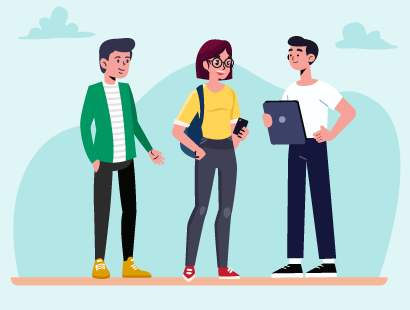 For example, researchers are pre-trained with psychological tricks to make these political surveys more intuitive, accurate, and customizable at the time of response.

The political survey with face-to-face surveys: Political researchers use this survey to deduce the response's solid validity. They detect social cues, body language, and visual aids of the voters.

Response rate: The face-to-face survey response rate is close to 57%. That's huge compared with telephonic and paper surveys. The reason is crystal clear: people don't shun off the political surveyors on the door.

You can say telephonic surveys add a bit of human factors like paper and face-to-face surveys.

But the real rub is: it takes much less time and investment than the other two.

The researchers and field surveyors are trained to develop friendly equations with the attendees to avoid missing essential data. But it doesn't always allow to establish the social connection as the first survey generations.

The political survey with telephonic mode: Political researchers and campaigners use telephone surveys to learn what their people think of their manifestos and work in the past years. They also identify voter behavior pre and post-voting cycles.

Response rate: No surprise, the telephonic response rates have dropped significantly in the past two decades. It's somewhere around 18 to 20%, which misses on a large population sample and skews the data.

It's your very own traditional method, the pen and paper data collection way, to collect political data. You want these surveys in the areas with a lack of internet connectivity and devices.

Though old-aged method, it's still a popular choice in under-developed demographics for political field research.

The political survey with paper mode: Political researchers use paper surveys for hard documents in the field & sample research. And let's not call off paper surveys entirely.

Response rate: Since the trusted government officials conduct most of the surveys, you can expect a reasonable survey response rate with it.

Ready to get started with the political survey tool?

If you think you have to spend a lot of money to learn your audience's mood, plus there have to be different modes of survey methodologies to accomplish your political goals, you're wrong!

There are more manageable, intelligent, and cost-effective methods to deal with such complex political campaigns. We call it the offline survey tool.

It's a mixture of offline + online survey methodology to deploy and gather data with or without the wifi. So you're already getting rid of multiple methodologies with a one-size-fits-all GoSurvey tool.

How to Measure Campaign Effectiveness with Market Research Surveys?

How to Laser Target Your Ideal Audience Using Market Research?