For any country to develop and progress, there is a need for a visionary leader who can relate to the problems of the nation and work towards bringing a change for the better. However, this is not a one man’s job. An entire governing body is put in place to run a country. This governing body is spread across the cities to the remotest areas. They reach out to people and know their issues with an aim to solve them and bring more development in those areas. It is also the duty of this body to make the right laws and ensure that everybody is following them.

Without a governing body, chaos will be rampant in the country. Here’s where politics plays an important role in the development of any country. Politics refers to the activities associated with the governance of a country or area, especially the debate between parties having power. In a democratic country like India, the political parties need to conduct surveys and run campaigns to gain the confidence of the citizens.

As the constitution is by the people and for the people, the ‘people’ are extremely important. And surveys help in knowing the people better. These surveys are further used to put strategic plans in place for the growth and development of the country. So, why are these surveys and campaigns necessary and what factors contribute to a successful political campaign?

Let’s have a look.

Every political party runs campaigns to spread awareness among the people about their vision and goals for the development of the country. Before that, they must know the issues faced by the people. There are two sides of the process.

Political parties often conduct surveys and gather a large range of data about the citizens that helps them understand many things. Age, gender, occupation, etc. are some of the basic details that tells the various demographics of the citizens. Apart from this, parties also get an in-depth understanding of the issues faced by the populace that can be resolved by implementing fair policies. This is one of the most crucial data for political parties as their campaigns are based on it. It helps them in the following: 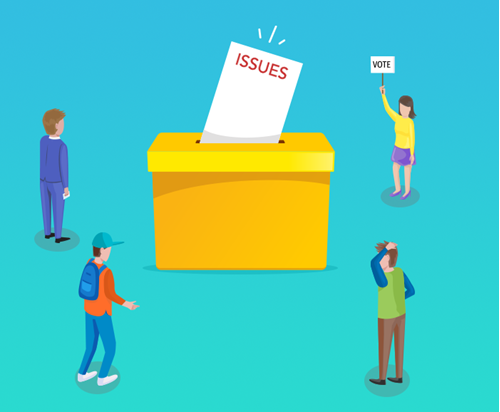 Considering all the above, political parties learn of the public support that exists and how to create more. They can create campaigns advertising their strategies of how they would make changes in the system to suit the needs of the people. By identifying strengths and weaknesses of their opponents, parties can create campaigns to their advantage while avoiding unwanted confrontations or controversies.

Campaigns further give the voters a clear picture of the candidate as they need to know who they are voting for. And, the candidates also should be aware of the image they have among the people. Once again, Political Surveys can be helpful in this area. Let’s see how.

Political surveys help candidates know their likeability among the voters and their chances of winning against their opponents. However, these opinions need to be strong and not just a vague idea about the political party. Knowing public opinions is very crucial as with this information, candidates can work on changing their image in front of the voters. They can convince voters that they have their best interest at heart more than their opponents. It increases the credibility of the candidate leading to a greater scope of winning against their opponents. 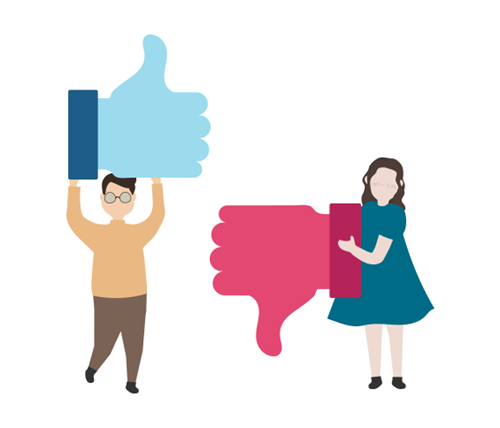 Voters are displeased with a candidate because of their ignorance towards the garbage disposal problem in the area. The candidate can come up with a plan to solve this issue and campaign to the people to gain their votes. This not only solves the problem of voters, but also changes the image of the candidate.

Political parties cannot solely achieve this. Hence, political surveys play the most crucial role in governing any country. And this can be achieved with the help of a political survey expert. Election surveys are often conducted by news agencies, media companies and market research agencies. Political parties can collaborate with these mediums. The right collaboration can lead to successful surveys and campaigns that will be beneficial for the winning party and in the interest of the citizens.

Having established the need for surveys in political campaigning, there are many challenges faced during the survey. Reaching remote areas, gathering data from a mass crowd, manual error while collecting data, loss of data, etc. are some of them. Wait! There is a solution to all these problems. The answer is Offline Surveys! Here’s how!

The added offline feature in survey apps  has created a massive change in the surveying sector. Market research agencies have started adopting offline surveys across various industries. Offline surveys basically allow you to conduct hassle free surveys anytime, anywhere. It does not depend on an internet connection and yet secures all the data like any other online survey. It is much more convenient than paper-based surveys. Like all the industries, offline survey proves to be the best for political surveys as well. You must be wondering how?

Rural areas are one of the most important areas for political parties. The aim of governing bodies is to develop not only the urban cities, but also the rural areas. Moreover, the issues faced by rural people will vastly differ from the urban population. With the help of offline surveys, connectivity is no longer an issue. Surveyors can visit the remotest areas and take survey of people. Special campaigns can be designed for the rural areas keeping this data in mind.

For political campaigns, data needs to be collected from a large number of people. Online surveys may often face connectivity issues that might hamper the speed of data collection. Even paper-based surveys are extremely time consuming and difficult to handle. Data can be easily collected in large numbers on mobile forms. It is not dependent on internet connectivity and functions with speed and accuracy.

This world is a land of diverse languages. Not every one may be well-versed in English. Offline Surveys come with a local language support feature that includes many local languages spoken and read worldwide. This is an extremely crucial feature for political campaigns. This makes it easy for political surveys to reach every citizen in the country and get the right data.

Offline Survey Apps come with a GPS feature that help in tracking the whereabouts of the surveyor, areas covered, areas pending to be covered, etc. without an internet connection. As political campaigns need to cover lot of area, this feature is extremely helpful to track the progress of the surveys.

Real-time reports can be accessed. This is used to predict elections as voters give their feedback and a live estimate is tracked. Further analytics can be done with this data by political parties. It can also be used to keep a track of supporters in the area and compare the same with the opponents’ supporters.

GoSurvey is the perfect solution for offline political surveys as it offers all the above features and much more. GoSurvey has catered to many organisations and governing bodies helping them conduct successful surveys for their needs. It supports local-language for major International and Indian languages, GPS tracking, real-time reports and much more in an offline package. Their Offline survey apps can be installed in mobiles, laptops, tablets, and kiosks. It is the best solution for political surveys ad campaigning requirements.

5 Phases of Market Research Every Entrepreneur Must Know

The ‘Dos’ and 'Don'ts' of Creating Survey Questionnaire