Survey Data Collection: Which Survey Method Should You Choose?

Surveys give the power of social research on any demography, organization or an individual. In surveys.. We trust!

Surveys are all-around because they are a powerful mechanism to research and collect data from any predefined group of respondents or individuals.

The idea is to gain information from your target audience on various topics and use it for the greater benefit of you and the society.

Research has gotten extremely important in 2020, and surveys empower you to conduct these social researches with different survey methodologies.

Flawed data can misguide the greatest of the leaders, giants of the companies, and well-established nations.

When your success depends on a survey, you need to be absolutely spot on with your collected data and its survey method.

The quality of your data will decide if it will have a negative or positive impact on your objective. 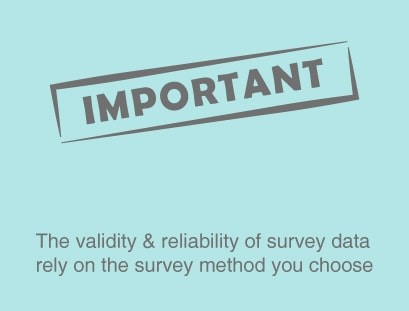 On many occasions, flawed data has failed leaders, organizations, and the constitutions on a whole. Relevant survey data is directly proportional to stronger decision-making.

Survey data tells about what the respondents think. At least that's what you'll interpret in the first look.

The data that you collect from surveys are survey data. They tell you about what your respondents think.
However, there's a great deal of controversy among social & survey scientists about designing and suggesting perfect survey methods.

The data that you may be receiving might be skewed. Its probability increases with ill survey-designing and wrong survey methods. So, you might think what you have is perfect, but that's not always true considering the number of factors affecting the survey.

Survey methodologies should be tried-and-true. Know all the researching methods and pick the one that suits your requirement. The way you conduct your survey or collect data for statistical analysis in research is called survey data methodology. Conventional wisdom regarding surveys demonstrates that each survey data methodology has a unique role to play.

Some use multiple mediums to collect opinions and feedback from the targeted sample of individuals. Various survey methods across several mediums help reach the required number of survey responses and enough food for thought for wise-decision making.

You can reap effective data from any survey methods if you know how to design surveys and adequately communicate the survey's objective to the respondents.

Go for the tried-and-true ones because what matters in surveys is not always mentioned in statistical science.

Survey data methodologies have evolved with technology. Each generation is trying to collect data on a level playing field to avoid biased opinions.

The world of survey data collection has evolved with time and technology, each trying to minimize the influence of biased opinion on the outcome of the research. Surveying companies use standardized methods to ensure that each respondent supplies information at a level playing field without affecting the quality of survey data.

From in-person, telephonic surveys to email surveys and online surveys— all the survey methodologies have standard ways of filing questions and conducting them.
Each survey data methodology has its merits and demerits, and even searchers can have a bias for choosing one over another.

Before you pick any of these methods— you must understand essential aspects such as response rates, impact, reach, etc. for each one of them. 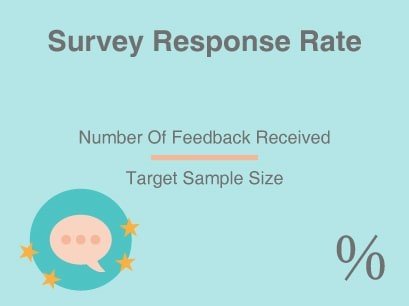 Again, there’s no aggressive way to claim one better over another because these surveying methods are picked based on target population characteristics as well as the intention of the survey.

Types of survey data collection methodologies— based on deployment/implementation.

In the current section, we’ll cover how data are actually implemented, i.e., the modes of deployment on any particular sample field.

Online surveys belong to the latest generation of survey data methods. They are one of the most cost-effective ways to collect data, and that can be interpreted with their widespread use in comparison with other data collection methods.
When do professionals use online surveys?
Researchers prefer this survey methodology when they have multiple questions to ask from a large size of the target population.

Response rate:
Response rate depends on the surveying campaign and calls to action you use. The rates can be as low as 2% in external surveys to 85% in well-distributed & optimized survey campaigns. But the average online survey response rate is 29%.
Example: Hotel or real-estate industry for online feedback. 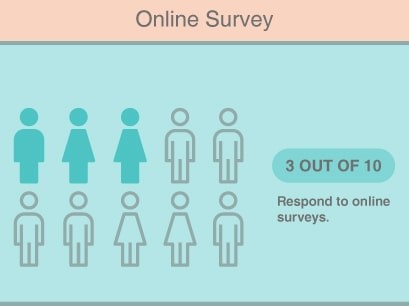 Face to face surveys have existed for ages. The oldest of all the generations— face to face mediums— are the most effective mediums in conducting primary search for substance in data.
Researchers use psychographic techniques to make these surveys successful.
To make the survey more instinctive, accurate, and customizable at the time of response— researchers need to pre-training the psychological tricks.

When do professionals use face-to-face surveys?
Researchers use this mean of the survey to deduce a solid validity of response by detecting social cues, body language, and visual aids.

Response rate:
Highest response rate at about 57%. Since it's embarrassing for people to spank off the doors in the face of live collectors, most in-person surveys are given nods.
Examples: News reporting, reading criminals psychologically, a B2B research, or HR interviews. 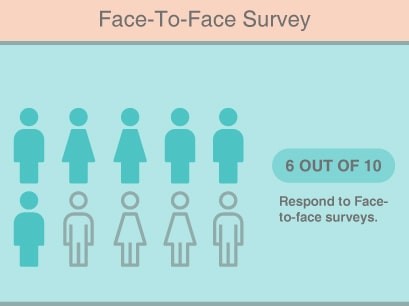 Telephonic surveys have a partial bit of human factor when compared with the face to face surveys.
And despite that, the methodical approach requires lesser time and investment than face-off surveys.
Researchers and surveyors are trained to conduct friendly equations with the respondents. But the medium hardly permits social connections as much as the first-generation of surveys.

When do professionals use telephonic surveys?
Researchers and marketers use telephone surveys in B2B and B2C businesses to learn what their clients and customers think of their brands. They also identify customer behavior pre and post-purchase cycles.
Market research people use telephonic questionnaires for competitor gap analysis and evaluating the feasibility of the new idea, product, or service concepts in the market.

Response rate:
The overall response rate of telephone surveys has dropped a fair bit in two decades. It lingers around 18 to 20% currently!
Examples: Retail giants for customer-feedback, authorities for social surveys, and canvassing. 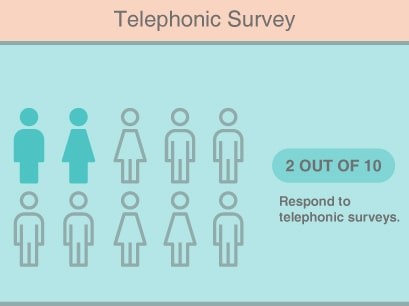 Also called a pen and paper data collection method, paper surveys are used in the areas with a lack of internet connectivity, devices, etc.
The age-old method is still quite popular in under-developed demographics for field research.
When do professionals use paper surveys?
Researchers implement paper surveys for hard documents in field & sample research. And let’s not wholly shun off paper surveys. They deserve credits in the following areas: 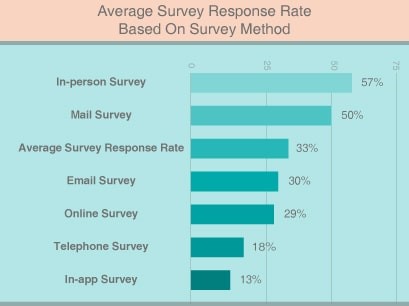 Cross-sectional surveys are conducted to know the current mood or opinion of particular demography or a subset of a predefined sample audience for a specific situation.
These types of surveys help capture information by analyzing data of variables gathered at a specific point in time.
It can be the entire population, or sample population, or the subset or attributes of the predefined community.

When do professionals use cross-sectional surveys?
Marketers and researchers deploy cross-sectional studies for learning the exact opinion of the respondent at a certain point in time for catering personalized campaigns or services.

Contrary to cross-sectional surveys, researchers use the longitudinal survey methodical observation to collect data over a more extended period.
This could go upto weeks, months, or years. Studies like the impact of climate change or eating habits in a particular community last for more than decades.
The survey data can be quantitative or qualitative, depending on the researching requisites.

When do professionals use longitudinal surveys?

Researchers use the longitudinal study to unmask relationships between variables that have no link or relation with other background variables.

Examples: Study of bisphenol (BPA) and its impact on worker’s health in the food and packaging industry.

One of the most critical and deployed surveys, correlational data study uncovers the relationship between two distinct variables and how they engage with each other.
The study doesn’t allow the external variable to interfere with the relational processing of two predefined variables. Used in science, health, and social science— correlational surveys investigate fascinating links between the world and people living in it.
The survey helps to understand the level of changes taking place in one variable when the other variable is manipulated or changed.

When do professionals use correlational surveys?

Researchers go for correlational studies when they are looking for more solid data than uncontrolled experiments. Experiments, where variables interact outside the laboratory, kills the purpose of the survey.

Example: A correlation study between poverty and prosperity helps the government to come up with strong programs.

Nonresponse bias is a terrible blow on data reliability and validity. Researchers should aim for a 60% response rate or more.

Despite all the surveying methods— target samples often ignore or don’t respond to the questionnaire. The lack of response is called nonresponse bias.
If a survey method receives only a 20% response rate, it means the validity and reliability of data will suffer a deadly blow caused by 80% of nonresponse bias. Similarly, if the response rate is 10%, the nonresponse bias is 90%.

That’s why understanding how to design a survey, arrange & phrase the best survey question and answer styles, and select the correct survey respondents are vital for high response rates and less nonresponse bias.

For example, mailed surveys (envelop surveys), when combined with e-mail or web follow-up, leads to higher response rates. But e-mail web surveys followed-up with envelope surveys have fewer response rates.
Again, this section needs a dedicated guide for clearing what works the best.
Keep following our blog posts for more detailed outlines on surveys and everything linked with it.

How Surveys Can Help Businesses Stay At the Winning Edge